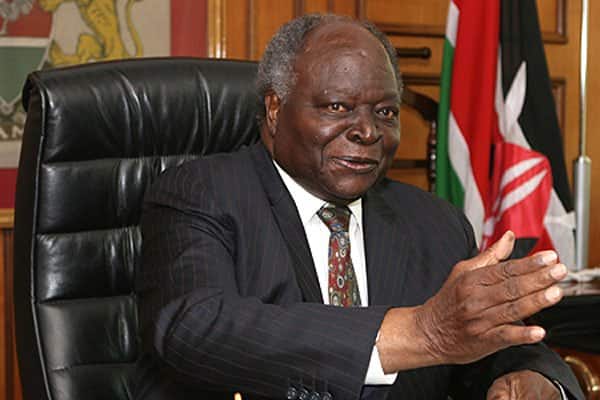 East Africa is witnessing the passage of a key generation born in the 1930’s to the 1950’s. This cohort was the first generation in East Africa that witnessed a significant threshold of individuals attaining the highest levels of education up to University Level of Education.

It was the generation born slightly before and slightly after the second world war. (1930 – 1950). This is the last generation that witnessed colonial rule in East Africa and watched their countries transform to the Modern East African nations of today.

Mwai Kibaki had a full East African grounding and perspective despite been born in Kenya. Kibaki was born in the village of Gatuyaini, Othaya, Nyeri County to Kibaki Githinji and Teresia Wanjiku. He was a member of the Kikuyu Ethnic grouping, the largest ethnic population in Kenya.

His parents were peasant farmers but understood the value of education and ensured he got a sound education. Showing early academic promise, he went to one of the best high schools in Kenya – Mangu High school.

He then moved on to the prestigious Makerere University in the neighboring country Uganda, gaining a first-class honors degree in Economics before proceeding to the London School of Economics for his postgraduate studies that focused on public finance.

His religious background was Christian with Catholic foundation. This education and exposure played a pivotal role in his subsequent success in the latter part of his life.

When he returned to Africa, Kibaki taught at Makerere University in Uganda until 1961, then he begun his career in politics by joining the Kenya African National Union party (Kanu) as an executive officer. Kenya became independent from British colonial rule in 1963.

His political party Kanu dominated in the early days of the country’s single-party state rule, and Kibaki quickly rose through its ranks. By 1969 he was minister of finance under the first president, Jomo Kenyatta, and under Kenya’s successor, Daniel arap Moi, he also held various ministerial portfolios and became Vice-President from 1978 to 1988.

He fell out with his predecessor Daniel Arap Moi and joined opposition politics from 1988 to the year 2002. He lost two consecutive bids for the Presidential Office in 1992, 1997 until he won the pivotal 2002 Presidential election.

Mwai Kibaki’s Presidential reign was unfortunately marked by a period of the worst ethnic violence Kenya witnessed as an independent country. The country has always had ethnic tension fault lines which are centered among the major three ethnic groups: The Kikuyus, Kalenjin and Luo tribes.

Mwai Kibaki’s first term in office from 2002 to 2007 was relatively quiet. He was a hands-off leader who believed in delegation and avoided populist politics. Unfortunately, corruption was rampant and unchecked during his first term of office.

He had surrounded himself with members of his own ethnic group who were highly profiled in these corruption cases. These issues came to a head in the 2007 election where one of Kenya’s most significant leaders Raila Odinga challenged him in this pivotal election.

The election results were disputed and ethnic violence broke out that resulted in the tremendous loss of life and internal displacement of the population. It took the then former UN Secretary General Kofi Annan to bring the warring parties to the table and negotiate peace terms. Various checks, limits and balances where placed on Presidential and Executive power. A new constitution was drafted and implemented

From this episode Kibaki actually witnessed a remarkable turnaround in the 2nd term of his presidential reign. His true economic ability and prowess was brought to the fore. He transformed Kenya’s economy rapidly in the next 5 years.  Kibaki’s sole focus turned to the development of the nation and his technocratic ability was showcased.

Key Highlights of his Life

Kibaki got an exceptional educational background. The power of having a proper grounding and creating the right connections in life plays a pivotal role in our lives.

This can be equated to the opening moves on a chess board. Your foundation in life matters and goes a long way in determining the trajectory and course for the rest of your life. The first 25 to 30 years in any individual’s life is that important.

Kibaki’s life is a great testament to this adage. Without his exceptional performance at school no one would have noticed him and he would not have had the opportunities he had later in life. Make that big sacrifice early.

For parents and mentors ensure you encourage and give your kids the best chance to perform. It really pays for them later in life.

Kibaki was a strong believer in getting the job done. He was a doer and this was witnessed by the massive infrastructure projects he managed to get completed in his tenure. His key principle was ensuring priorities got executed.

He had a low tolerance for underachievers and believed in getting the work done. He had a great work ethic and was an ambitious go getter.

Kibaki believed in the power of delegation. He looked for those who could perform unsupervised and ensured they had the necessary support to accomplish their objectives. This was his working style throughout his career.

He never micromanaged and concentrated on strategic matters. This was demonstrated by his achievements though out his life. He was also rarely controversial due to this character trait and managerial trait.

On a personal note he had a very well cultivated and accommodating personality. He was the ultimate gentleman. An avid golfer during his younger hey days he liked his social outings and parties.

This endeared him to folks of all walks of life from his neighbors to all his friends.

The only gift we can give our children and the next future generations are an excellent grounding, education and foundation. Kibaki’s parents carried out their parental duty in an excellent fashion. His teachers, schools also played their part in molding him to the individual he turned out to be at the end.

Second let excellence, momentum and consistency play a pivotal role in your life. They are very important. Kibaki’s life was encompassed by these three pillars. He had an outstanding academic and professional career. He diligently served in the public service sector for close to 50 years.

His passing away also reminded me of my dad’s passage. This was one of the silent and epic generations to have graced the East African region. We will miss them and the only way to repay them is to ensure their legacy lives on.