Goals – Embrace the pain and adversity 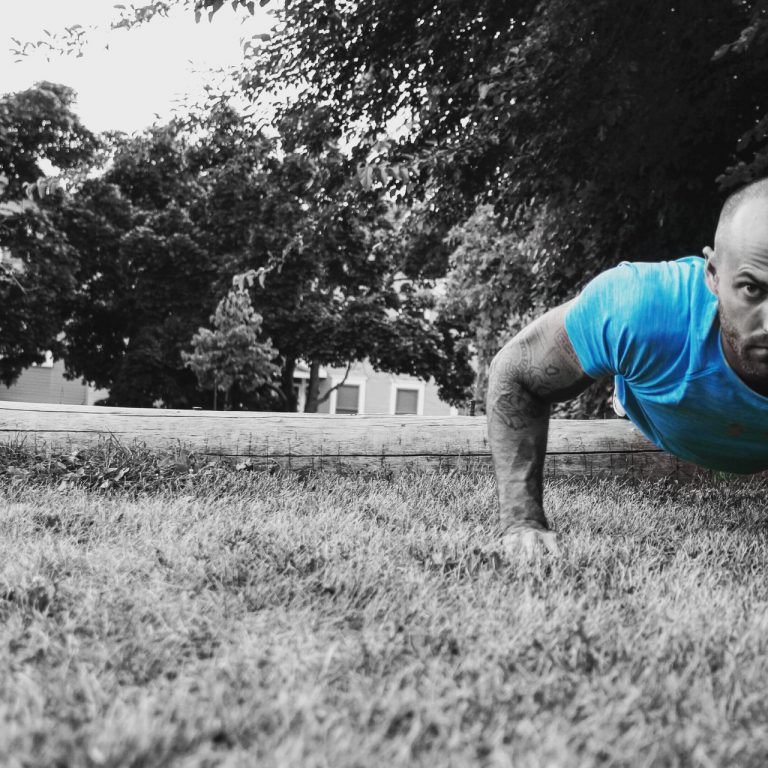 “The friend in my adversity I shall always cherish most. I can better trust those who helped to relieve the gloom of my dark hours than those who are so ready to enjoy with me the sunshine of my prosperity.” – Ulysses S. Grant

As with the butterfly, adversity is necessary to build character in people.” – Joseph B. Wirthlin

“One thing about championship teams is that they’re resilient. No matter what is thrown at them, no matter how deep the hole, they find a way to bounce back and overcome adversity.” – Nick Saban

Are you willing to do whatever it takes to conquer and achieve your goals?

We always need to remember that achieving any target will take time and effort. You have to embrace the pain and have the necessary grit to reach the other side. What really separates those who achieve anything and those that fail to achieve their targets always boils down to one factor:  GRIT

I grew up in the suburbs where my family reared chickens to supplement my father’s income. My maternal grandmother literally took care of the young chicks the way she nurtured her own grandchildren. Young chickens out of the brooder had to be kept warm by artificial means. We used charcoal stoves that had to be constantly kept burning. The charcoal stoves had to be topped up constantly with a never ending feed of charcoal. My grandmother carried out this duty faithfully with constant shifts at 11 pm in the night and 4 am in the morning.

This was further supplemented by day shifts that had feeding and watering sessions at 8 am, 12 midday, 4 pm and 7 pm. This was back breaking work she dutifully carried out for over 20 years to ensure her own child and grandkids were successful.  This is the type of dedication I have witnessed constantly in my life. My own father had a terrible car accident when I was barely 6 years old that had him incapacitated in hospital for over 6 months. He lost the use of his left arm this only propelled him to work harder and achieve greater goals in his life. He completed his Phd degree after this accident and is a well known and respected research scientist in the entire East African region.

He also participated actively in the rearing of the chickens in the family enterprise. Using his functioning right arm he participated in the chicken dressing and delivery to major hotel chains in the city. This was also back breaking work that begun at 3 am everyday of the week. He did this for 3 hours and went off to work at his laboratory carrying out one scientific research project after the other.  Publishing paper after paper. He never complained but put his head down and got the job done no matter what. My mother was the rock that dutifully stood beside my father during this time. She begun the chicken enterprise after my father’s accident and worked on it diligently for over 25 years.

If you are fortunate to have had great role models in your life consider yourself lucky. Others might not have witnessed or had the chance to emulate this drive. It’s our duty as successive generations to build on the legacy of those who came before us. We are literally standing on the shoulders of giants.

Scott Burrows – Bouncing Back from Adversity

Scott Burrows an American Sales Man and motivational speaker was a supreme athlete who was breaking record after record in all sports he participated in his childhood. He had an unfortunate motor accident which left him paralysed and a quadriplegic. Yet he did not let this accident define his life. He never listened to the Doctor’s prognosis but willed himself to walk again after 6 years of practice. He became one of the most accomplished salesmen and motivational speakers in America and the entire global stage. He has authored a book called Vision, Mind and Grit please read this book and listen to his speeches.

Aimee Mullins – Born with a Handicap

Aimee is an American athlete and motivational speaker. She had a double leg amputation in her childhood but this has not stopped her from reaching for the sky. She did not let this handicap act as an excuse to be a victim and constantly gripe. She used whatever resources she had to propel her to the top of her game. She is a great speaker who has gone on to accomplish many goals in her life. She leads a more fulfilling and accomplished life than over 97% of able bodied people will ever do in their lives.

Achieving great goals will always demand your best thoughts, effort and focus. You need to buckle down, stamp your foot on the ground and move forward no matter what.  When Nelson Mandela took on the task to get rid of Apartheid he knew he was putting his life on the line to achieve this goal. The price was 27 years in jail. A big chunk of his life was stripped away but there was a Rainbow at the end. He ensured that all races were free to exploit their potential without discrimination

Going back to ancient history the invasion of the Greeks by the Persian Empire. The 300 Spartans of Thermopylae were tasked to hold off against a vast army and they did this to the last man, holding off subjugation of their people by a foreign empire. When Lech Walesa of Poland faced the communist regime he also knew he was risking his life to achieve this target. Yet he still went ahead and sparked a revolution in his country that swept away that failed ideology. When JF Kennedy asked for the moon landing target he risked the potential humiliation of his nation in front of the globe. Yet it was a priceless victory for the entire human race.

Big goals require massive courage, the fortitude to bear the criticism of lesser people, the ability to plough on no matter what you face.  You will always have naysayers who will discourage you from moving forward. ‘Just do it ‘ as the Nike logo embraces. You just need to take that first step.  The equivalent of a worthy goal is the equivalent of creating a master piece. Take the time to study traditional Japanese Sword making and what it took to produce these swords. The forging of these swords was a laborious process but the final end product was a master piece of incalculable value.

Dig Deep and ask Why

Again each day revisit the why and purpose of your goal. What massive change will this goal bring by achieving it? Will you achieve peace of mind, the freedom to pursue other greater exploits, the ability to change and impact other’s lives, the ability to prove to yourself you have what it takes. Dig deep and ask why are you doing this? This is the fuel that will drive you forward past the obstacles you will face. The ultimate battle will always be within you. You have to crunch down and pass your self imposed limitations and natural gravitation to the lazy and easy path. Reach for the revised version of yourself that knows no limits and is willing to do what it takes to blast past all obstacles that you will face.

Achieving big goals means taking a stand. Planting that flag and saying you will not quit no matter what. You draw the red line and say this is it. Winston Churchill penned this quote when Britain faced it’s worst moment in the Second World War  “ Never give in. Never, never, never, never–in nothing great or small, large or petty–never give in, except to convictions of honour and good sense. Never yield to force. Never yield to the apparently overwhelming might of the enemy.”

This quote summarizes what it takes to achieve greatness. You must not yield to petty thoughts, low personal drive and low targets but aspire to greater heights, greater ambition, great effort and great focus. Always remember we as a human race always value more that has been achieved through pain and sacrifice. We detest the cheap and what has been achieved through short cuts. We willingly embrace the truly great and we innately know when we face greatness. Aim high.

Tim S. Grover – Relentless: From Good to Great to Unstoppable

Steve Siebold – 177 Mental Toughness Secrets of the World Class: The Thought Processes, Habits and Philosophies of the Great Ones, 3rd Edition