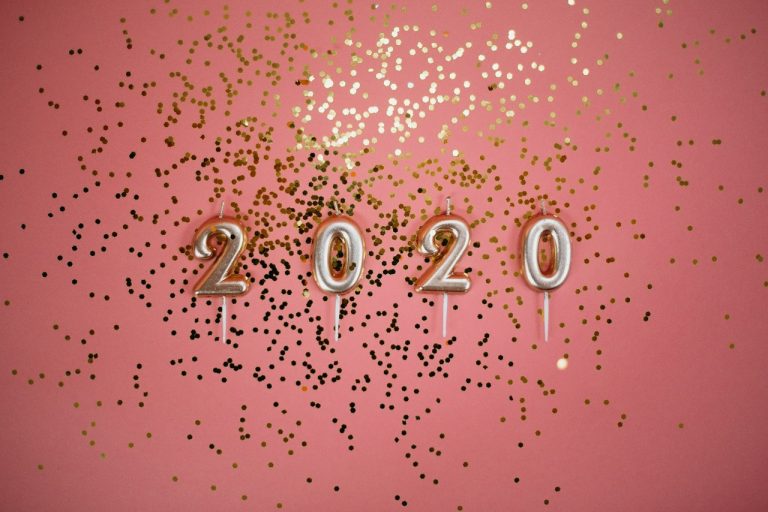 ‘Ants are creatures of little strength, yet they store up their food in the summer’ Proverbs 30:25

“You need to train harder and longer than your enemies to survive. It’s not luck that makes Navy SEALS the most elite combat unit in the world – It’s hard work on a daily basis.”  Navy SEAL Quote

2020 was a challenging year the Covid crisis ravaged societies and economies all over the world but as the saying goes never let any crisis go to waste. There are always key lessons we learn when confronted with challenging events in our lives.

What could we have done better before the crisis hit? How could we have responded to the crisis in the most optimal manner? What measures do we take to sustain better situational awareness in the future and remain vigilant?  The key lesson here is always be prepared.

The scout’s motto ‘Be Prepared’ should be closely pondered upon. Plan for all scenarios, best and worst case scenarios. Life is life and stuff will always happen. The other key lesson is how do we react after the fact has occurred and dig ourselves out of the hole.

‘In Scouting for Boys’, Baden-Powell wrote that to Be Prepared means “you are always in a state of readiness in mind and body to do your duty.”

You cannot predict the future but you can prepare for it. Creating contingency plans and having diversification plans should be at the forefront of any prudent planning. The Scout’s motto ‘Be Prepared’ was the ultimate quote for 2020.

COVID 19 brought out this motto in spectacular fashion. Do your best to cushion worst case scenarios. Those that had no safety nets were worst hit in this crisis.

Key Caveat: You cannot predict the future but with proper planning you can mitigate the effects of any uncertain outcomes that come your way. Also remember history tends to repeat itself. Human beings have faced these same cycles endless times.

South Pole British Antarctic Expedition/Terra Nova Expedition Challenge 1913
In the early 20th Century there was a race to reach the South Pole. Two teams set out to conquer this challenge. It led to two different outcomes – One team had great success and the other team had a great tragedy. The final outcome was determined by the level of preparation and decisions made prior to both expeditions.

Robert Falcon Scott led the ill-fated team while the victorious expedition was led by the Norwegian Roald Amusden. The two teams had a different approach to preparation and planning that led to different outcomes.

The Norwegians had prior experience in arctic conditions and knew what mode of transportation would work effectively. This factor sealed the fate and outcome of the South Pole expedition.

Napoleon Bonaparte’s March to conquer Russia
Between 1799 and 1806 Napoleon Bonaparte, the great French General had subdued continental Europe in a conquest that had seen him gain vast territory. He had set his sights to conquer the United Kingdom as well and had imposed a trading embargo which also affected his ally Russia.

Russia decided to break the trading embargo as it was affecting its economy and resumed trade with the United Kingdom. This angered Napoleon and he set out to conquer Russia as well. He launched an attack in 1812 and made rapid advances in Russian territory.

This initial victory was turned to a defeat by two major factors the Russian Winter set in and his logistics supply chain failed. Russia is a vast continent with one of the most inhospitable climates in the world. The sheer distance to supply his advancing forces was the key factor behind his defeat.

The Russians also employed scorched earth tactics and burnt all food supplies as they retreated. Once winter had set in the Russians attacked Napoleon’s flanks and destroyed his supply line.

He failed to plan well for the Russian winter and the supply chain factor which led to his eventual defeat that also cost him his rule over the next 3 years.

Hitler’s Second War attack on Russia
A repeat of Napoleon’s Russian debacle was played out once more. Hitler the German dictator who started the 2nd World war in 1939 had made great advances in continental Europe and had also advanced into Russian territory in 1941.

In this conquest he had made a vital mistake in advancing forward without the necessary capacity to sustain a war on many multiple fronts. The logistics and supply factor came back to haunt the Germans The United States with its superior economic and supply capability joined the war and armed it’s allies Russia and Britain.

This marked the beginning of the end of the German’s war in World War 2. German morale was devastated and the war finally ended 2 years later with a complete rout and defeat of Hitler’s forces.

Key Lesson Summary
There will always be great calamities that will occur. We have been lucky to live through a period of relative peace and calm.  Those that survive are those who prepare physically and mentally for all scenarios.

The key is to train your mind to ask this question what will I do if this scenario unfolds or comes true. In essence make hay while the sun shines.

One key lesson is that those that survive calamities are those who respond and react fastest to changing circumstances and unfolding events in real time. The only way to respond to such scenarios is to practice how you will react to these scenarios before and after they occur.

Doctors, soldiers and emergency response personnel are constantly training to respond to different evolving scenarios. This is a key part of their training and it helps them react fast to unfolding events.

The OODA loop by John Boyd is the theory that best describes how to respond in worst case circumstances and scenarios. John Boyd was a Colonel in the US Airforce and who influenced the jet fighter design program for the American Airforce.

He realized the pilots who gained victory in aerial fights are those who react fastest to unfolding events. This theory has been adopted by both the military and many organizations to structure their operational strategy and tactics.

It is essentially about agility and maneuverability. Those who act and decide quicker have a higher win ratio in life. Analyze the winners and losers in 2020. Which individuals, companies and nations got out ahead in 2020?

Endurance – The Imperial Transantarctic Expedition 1914 – 1917
Ernest Shackleton is a great showcase on how to overcome a crisis. He was among the first explorers who almost reached the south pole in an expedition from 1907 to 1909. After the Norwegian Roald Amusden conquered this goal Shackleton felt he had to regain some bragging rights for the British.

He set out to cross the Antarctic shelf moving from sea to sea in the Imperial Transantarctic Expedition. He set out for this mission on the ship Endurance but the ship got stuck in icy conditions.

The ship had to drift in the winter season frozen in one location and eventually they had to abandon the ship which was destroyed by breaking ice when spring broke and the ice started thawing.

They set out in lifeboats and landed on Elephant island which was over 557 km from where the Endurance had sunk.  Shackleton realized he had to rescue his men. He left a group of 22 crew members on the Island and set out on open boats to search for known whaling stations.

It took them 15 days to reach the target and they also had to deal with a storm to reach this target. They were still 51 km from the nearest whaling station and he trekked across land leaving two companions behind to reach the station. After this dangerous trek he organized a rescue mission for the crew members he left behind.

All the major events took place from 19th January 1915 to 30th August 2016. It was more than one year from one peril to another. Throughout this ordeal Shackleton maintained his composure and made critical decisions that forged a team spirit and kept moving on despite all the travails they faced.

Joshua Cheptegei- Ugandan Athlete the comeback kid
In my home country Uganda, one key positive this year were the exploits of one of the best athletes the world has witnessed this generation. Joshua Cheptegei broke the 5,000m and 10,000m World records in 2020. A silver lining in a dark year.

He achieved this despite one of the most humiliating losses in his life that occurred in the year 2017. Uganda hosted the World Cross Country Championships, he had led the pack from the beginning but burnt out at the last lap coming in at 30th position.

He was the focus and butt of many jokes and he hid away in his home village at Kapchorwa in Eastern Uganda. He picked himself from this humiliating defeat learnt his lessons and is now one of the greatest athletes the world has ever seen.

The moral of the story is that you can turn any personal crisis to a victory. It’s how you react to an event and not what happens to you that really matters in life.

Never become complacent emulate the ant you sluggards. The ant never rests and is always gathering food in the summer. Do not relax and live each day to the fullest.

Maintain a constant state of awareness about your environment and strive to get ahead each day. If you take your eyes off the ball you end up losing in the long term.

Ants show up each day come rain or shine. They strive to ensure their food stores are filled. This is the attitude we should all adopt. Emulate nature it always teaches us self-evident lessons. We need to be constantly scanning our environment and making sure we aim to make the best use of all the resources we have at hand.

What trips many people in life is thinking they are coasting along and they have it made. This attitude of complacency creeps on them and they get caught out when the environment around them is changing rapidly.

We always need to be constantly reinventing ourselves and training hard. Each day is a new day and you need to answer the challenges for each new day afresh.

Always think about the frog in boiling water you do not want to be that frog that gets boiled.

Grow your network daily a must do activity

Think for yourself, research, educate yourself daily be skeptical look at results not what is said or promised

Boyd:  The Fighter Pilot Who Changed the Art of War – John Boyd